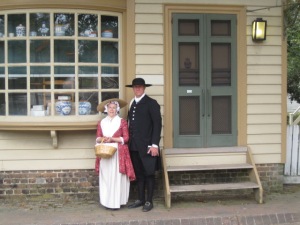 The following description of Mrs. John Leland, written by one of the Leland family members, and recorded by Miss L.F. Greene in her book, “The Writings of the Late Elder John Leland.”  It is an account of her life beginning with her final hours . . . and reflecting back over her many years she lived by God’s grace.

“This sketch, given by one of her family, who had often heard from her own lips, the story of those “troublous times,” may serve to give some idea of the strength of character and depth of piety which sustained her in the midst of trials such as few women are called to endure.

The afflictive stroke which at length deprived him of the companion who had trodden with him so great a share of the rough path of life, was rendered doubly painful by the nature of the disease, which left to her friends not even the sad consolation of alleviating the distress they could not remove.  A difficulty in her throat, which had been a long time increasing, at length reached such a height, that some months before her death, she could swallow nothing but liquids.  The ability to do even this, continued to decrease from day to day, her strength wasting for want of nourishment, till life could no longer retain its feeble hold, and she literally starved to death.

A more than passing notice is due to the character of this extraordinary woman.  She was not less remarkable in her sphere, than her husband in his.  Her eulogy has been written by the pen of inspiration.  No one who knew her and was acquainted with her history, can fail to observe that in the whole of the admirable description of the virtuous woman, (Prov. 31), there is scarcely a circumstance named, that did not meet in her, a literal fulfillment.

Liberality, and kindness to the needy, formed a prominent feature in her character; none that appealed to her for aid that it was in her power to bestow, were ever sent empty away. This liberality, joined with that love of independence, which was always a predominant and cherished peculiarity of both Mr. and Mrs. Leland, forbade her ever forgetting an act of kindness shown to herself, or failing to cancel the obligation by bestowing a much greater in return.  In strength of mind, firmness of purpose, courage and self possession in danger, fortitude in circumstances of trial and suffering, indeed, in all those qualities that combine to produce energy of character, she has probably had few superiors, in any age; yet, in the exercise of these manly virtues, as they are sometimes called, she never acquired that masculine bearing that is too apt to accompany the possession of these qualities in the female sex.  Though far removed from the softness and weakness which unfits a woman for enduring hardship, privation, and suffering, she was equally so from the opposite extreme; sustaining as well the delicacy as the dignity of the female sex.

An example of that habitual presence of mind as well as courage, which never failed her in any emergency, is found in the instance in which, like a guardian angel, she saved her husband from the murderer’s sword.

A similar illustration of these, and other strongly marked traits, is presented in the fact, that when one of her children, a little girl of four years old, had her head crushed under the wheels of a loaded cart which passed directly over it, she sat through the long hours of night with the child in her arms, pressing with her fingers a divided artery, to prevent the effusion of blood which would have caused immediate death.  The child, almost miraculously saved, “rose up to call her blessed,” and still lives to receive the same tribute of gratitude from a numerous posterity.

Constant, active industry was a distinguishing characteristic of Mrs. Leland. From its beginning to its close, her life was one of unceasing toil.  Even in age, when necessity no longer required such exertion, the habit of active employment had become so much a part of her being, and her natural independence of feeling was so strong, that she could not be prevailed upon to desist from her accustomed round of domestic labors, till her exhausted strength compelled her to relinquish them into other hands.  Neither was her industry of that noisy, bustling kind, whose results are usually in inverse proportion to the amount of effort employed.  To her might be applied, with peculiar propriety, the encomium bestowed upon another.  “She was always busy, and always quiet.”

The guiding hand of Providence was never perhaps more evident, than in directing Elder Leland ‘s choice to so suitable a companion for the stormy times of the revolution.  Her training had been emphatically in the school of adversity; and her history is a striking exemplification of the sentiment which one of her own sex has no less truly than beautifully expressed.

in the deep silence of long suffering hearts;

At the age of two years she lost a fond and somewhat affluent father, and was driven from a good home by a brutal step-father, when a little more than four years old.  Her feet were partly frozen off by exposure; soon after the canker attacked her throat, eat out her palate, and for a long time her life was despaired of.  At length, He, who in the midst of wrath even remembereth mercy, bound up her broken constitution, and gave her grace to see how great things she must suffer for His name’s sake.  When she recovered her health, she found that others had taken possession of all the property, and nothing lay before her but a life of dependence and servitude.  But the God in whom she trusted fortified her heart and strengthened her hands, and when He, to whom her faith was plighted, said, “I go to proclaim a Savour’s love in a land overrun with British soldiers and American tories, and trodden down by a dominant established clergy, she replied like Rebecca, “I will go.”  Her faith was firm in Him who had said, “I will never leave thee nor forsake thee.”

The “poor man’s blessings” were his.  She had a numerous family, but scanty means, and through the revolution which had begun when she married, her trials were many and severe.  Often was she left alone with her little ones, far from neighbors, her husband gone, with very little prospect of pecuniary reward, while runaway blacks who had neither cour- age to join the British army, nor patriotism to join the American, were horded together around her for plunder and sometimes murder.  Many a long hour she plied her needle by moonlight, to prepare clothing for her little ones, fearful lest the ray of a lamp from her window might attract a bloody foe.  Often, too, the famished soldier came to her for food and shelter through the stormy night.  Her God had said, “feed the hungry,” and she obeyed; but when she had given till naught was left, the sleepless hours were spent in watchfulness and prayer — for oh!  If the assassin’s knife should be concealed beneath the soldier’s garb, she could not fly and leave her little ones behind.  How often she prayed that God would preserve the children he had graciously given, and all were preserved to lament the best of mothers.

In her last illness, she exhibited the utmost patience and resignation under all her sufferings.  She spoke with great warmth and animation of the Divine goodness to her, and especially found cause of thankfulness in the circumstance, that for many weeks before her death, she did not feel the sensation of hunger.  She had very humiliating views of herself; and desires proportionably great to exalt and magnify the riches of that grace which had proved sufficient in every scene of trial hitherto, and which she trusted would not fail her in the last; and truly it did not; for when the hour of release arrived, so gently did the hand of death loosen the bonds of her captivity, that not a groan was heard by those who stood around her bed, and a long life of eminent usefulness was crowned by a death of “perfect peace.”

10 Who can find a virtuous woman? for her price is far above rubies.

11 The heart of her husband doth safely trust in her, so that he shall have no need of spoil.

12 She will do him good and not evil all the days of her life.

13 She seeketh wool, and flax, and worketh willingly with her hands.

14 She is like the merchants’ ships; she bringeth her food from afar.

15 She riseth also while it is yet night, and giveth meat to her household, and a portion to her maidens.

16 She considereth a field, and buyeth it: with the fruit of her hands she planteth a vineyard.

17 She girdeth her loins with strength, and strengtheneth her arms.

18 She perceiveth that her merchandise is good: her candle goeth not out by night.

19 She layeth her hands to the spindle, and her hands hold the distaff.

20 She stretcheth out her hand to the poor; yea, she reacheth forth her hands to the needy.

22 She maketh herself coverings of tapestry; her clothing is silk and purple.

23 Her husband is known in the gates, when he sitteth among the elders of the land.

24 She maketh fine linen, and selleth it; and delivereth girdles unto the merchant.

25 Strength and honour are her clothing; and she shall rejoice in time to come.

26 She openeth her mouth with wisdom; and in her tongue is the law of kindness.

27 She looketh well to the ways of her household, and eateth not the bread of idleness.

28 Her children arise up, and call her blessed; her husband also, and he praiseth her.

29 Many daughters have done virtuously, but thou excellest them all.

30 Favour is deceitful, and beauty is vain: but a woman that feareth the Lord, she shall be praised.

31 Give her of the fruit of her hands; and let her own works praise her in the gates.